They have big hearts, clownish grins, and wildly wagging tails, but pit bulls do pose tough challenges to the humane community. In 2018, nearly half of U.S. pit bulls were homeless.

Many people wrongfully demonize pit bulls as an inherently dangerous breed. Others overlook challenges specific to the breed in their efforts to defend people’s rights to own them. These opposing views often lead to a vitriolic debate that winds up at City Hall. END_OF_DOCUMENT_TOKEN_TO_BE_REPLACED 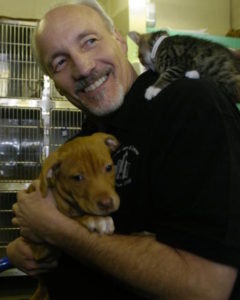 More than a policy and statistical objective, “no-kill” is a principle, an ethic, and once applied the practical consequences begin to fall into place. The principle is that animal shelters should apply the same criteria for deciding an animal’s fate that a loving pet guardian or conscientious veterinarian would apply. That is, healthy and treatable animals are not killed simply because of a lack of room or resources to care for them. END_OF_DOCUMENT_TOKEN_TO_BE_REPLACED 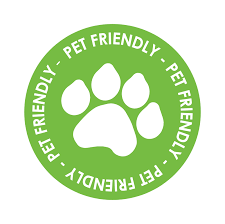 Imagine being responsible for the life or death of 55,000 dogs and cats every year. As the General Manager for the City of Los Angeles Animal Services Department, the desperate need of these animals weighed on my mind every day.  I was determined to end pet homelessness and the practice of killing and disposing of our society’s surplus companion animals.

Today, most cities and towns across the nation share this noble and ambitious goal. Achieving this requires robust community participation, and our cities desperately need the support of an overlooked constituency−landlords. END_OF_DOCUMENT_TOKEN_TO_BE_REPLACED

In a recent GuideStar Blog,  Bill Hoffman shared the following Top 6 Ways a Board Can Help Its CEO:

Board members have a lot of responsibility to the organization they represent, to the community for which they are stewards of the nonprofit’s resources, and also to the organization’s CEO. The CEO’s success is tied closely to the support he or she receives from the board. How can individual board members support their CEO’s success? Below are the six ways I’ve found that have the greatest impact.  END_OF_DOCUMENT_TOKEN_TO_BE_REPLACED

Is it time national animal welfare organizations rethink their position on pit bulls?

Every year, ANIMALS 24-7 conducts a national dog-breed survey.  The results of the 2018 survey were just released.  As interesting as the data collected by the survey are, I was particularly struck by a rather provocative proposition posed by Merritt Clifton, the editor/reporter of ANIMALS 24-7 and this survey.

Before exploring the thought provoking proposal, let’s set the stage:

The survey found that as of mid-June 2018, nearly 15% of all the dogs available for sale or adoption in the U.S. were pit bulls.  With that kind of market presence, one might conclude pit bulls are pretty popular in the U.S.  However, Mr. Clifton has another explanation. END_OF_DOCUMENT_TOKEN_TO_BE_REPLACED

The three categories of animals dying in the largest numbers in most shelters throughout the United States are feral cats, pit bulls/pit bull mixes, and Chihuahuas.

Over the course of my career I may have been responsible for safely placing more pit bulls into loving homes than any other person in the United States.

I have long been troubled by the fact that no dog in history encounters more misunderstanding and vilification than the pit bull; a canine category I define as the American pit bull terrier, the American Staffordshire terrier, the Staffordshire bull terrier, and any crosses of these three. I admire these animals for their tenacious athletic ability, loyalty, intelligence, and high-energy.

Word reached me this morning that Henry Kleynhans, 50, a retired police officer was fatally mauled on February 8, 2018, and his wife Rita was critically injured, by their own pit bull in their home at Belmont Park, Kraaifontein, South Africa. END_OF_DOCUMENT_TOKEN_TO_BE_REPLACED 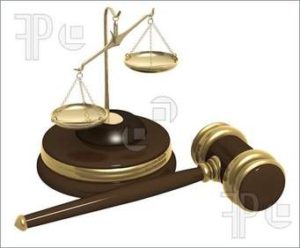 There will always be enough injustice and human suffering in the world to make animal welfare seem less important. But compassion is not a finite commodity. We demonstrated the power of compassion in 2012 by ending euthanasia as our community’s method for controlling pet overpopulation. That is no small achievement; indeed, it places us among the nation’s most humane communities. END_OF_DOCUMENT_TOKEN_TO_BE_REPLACED

Early in my animal welfare career I developed a “no-kill” ethic.  I trained shelter staff to apply this “ethic” by using the same criteria for deciding a homeless animal’s fate that a compassionate owner or conscientious veterinarian would apply to a beloved pet.  That is, healthy and treatable animals are not killed simply because we lack the room or resources to care for them.

The “no-kill” ethic embodies a commitment that for every animal who comes through a shelter’s doors there is a kind and loving person or family – and it is our mission to bring them together.

There are three statistics animal shelters can use to measure their success, or failure, in reducing pet euthanasia (or killing). To rely on any one or two of these numbers tells only a partial, and possibly obfuscated, story.  When you compare all three of these numbers you are better able to tell your organization and your community’s whole story:

The Live Release Rate (LRR) refers to the number of animals who get out of a shelter alive.  I call this “heartbeats in/heartbeats out”.  It includes adoptions, transfers to rescue organizations, and lost pets returned to owners. Some shelter experts claim a 90 percent LRR is the threshold to “no-kill.”  During my tenure at the Yavapai Humane Society (YHS) in Arizona, I maintained a 97 percent LRR for several years.  This is a good internal measurement.

The Per Capita Kill Rate refers to the number of animals killed per 1,000 residents.  Prior to implementing the no-kill ethic, YHS was killing 17.25 animals per 1,000 residents.  This was one of the worst kill rates in Arizona. However, at the end of my tenure we had reduced the YHS kill rate to 0.2; the lowest in the nation for several consecutive years!  This number is the best for comparing your community with other communities in your state or across the nation.