Is it time national animal welfare organizations rethink their position on pit bulls?

In her letter, Clifton charged these humane leaders and their respective organizations with “pushing bully behavior.”  The “bully behavior” came in the form of “rejecting the cries of thousands of politically voiceless animal and human victims” and “instead taking the side of the bullies, both human and animal, in the recent municipal election in Springfield, MO.”

Clifton is referring to these organizations’ concerted opposition to the April 7, 2018 Question 1 referendum.  Clifton explains that Question 1 would have allowed the Springfield pit bull population to humanely decline through attrition.  Had Question 1 passed, no pit bull would have been harmed; and every pit bull legally residing in Springfield would still have that home.  The sole purpose of Question 1 was to restrain the breeding and importation of pit bulls into Springfield.

Clifton explains that Question 1 was only designed to reduce the overwhelming number of pit bulls occupying “so much space in the Springfield animal shelters which severely limits the ability of those shelters to serve other dogs in need.”

Clifton justified her support for Question 1 by retracing her experiences with pit bulls throughout her career – during which time she “handled hundreds of pit bulls and found them to be consistently nervous and fearful.”

“This behavior in any dog” she says, “could predictably lead to a dangerous situation…, but pit bulls are large, strong, and tenacious dogs, with documented history of having caused more serious and fatal injuries than all other dog types combined, not just recently but in every 10-year time frame since 1833.”

Clifton’s experiences, and the data she cites, could not be more dramatically different from my own experience and data.

I’ve been called a pit-bull apologist by Animals 24-7.  While this is a moniker I’ve never sought, it is one I’ve never shied away from either.  Having managed three of the largest animal control agencies in the nation (Maricopa County AZ, New York City and the City of Los Angeles and a humane society in Yavapai County, AZ), I’m confident I’ve presided over more pit-bull rescues and happy adoptions than any other person in the U.S. – all without incident. 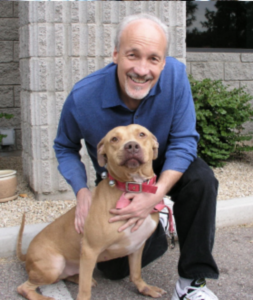 Over the years, I learned to love their big hearts, clownish grins and wildly wagging tails. Contrary to Clifton’s seeming assertion that all pit-bulls are equally dangerous, I continually find each one to be an individual with a distinct personality.

So, it may surprise some to learn that Beth Clifton and I share some common ground.  After I clear away all the emotions invested in either promoting or opposing pit bulls, I still have to deal with the numbers.

Consider this:  just during the week of August 1-7, 2018, while ASPCA personnel were in Springfield urging the defeat of Question 1:

Stunning data that can only be accounted for by decades of misguided and incorrigible pit bull breeding.

Consider this:  In 2018, 41% of the U.S. pit bull population are homeless; 21% are less than a year old; and 19% have lost at least one home and are in a shelter or rescue.  This is an extraordinary strain and financial burden on our animal shelter programs.  At the same time, the sterilization rate for all other dog breeds in the U.S. has exceeded 70% since 1990 – and the most popular small breeds exceeds 80%.

Why is it that whenever anyone in the humane community advocates strategic, targeted spay/neuter programs designed to reduce the number of pit bulls born (only to die in shelters) they are attacked by a vitriolic pit bull advocacy?  Sadly, this tactic seems meant to keep humane leaders in line; and to date it has done exactly that.

I know first hand that it’s okay to advocate for spay/neuter for all pets, but there is hell to pay when you advocate for meaningful spay/neuter programs specifically designed to save the lives of the animals dying in the greatest numbers, i.e., pit bulls!

The humane community’s collective dereliction of duty has resulted in the 2018 pit bull sterilization rate to stagnate at about 20% – down from 23% in 2003, which was the highest it’s ever been.  Compound this low rate with the fact that pit bulls tend to produce larger-than-average litters and you will begin to realize we’ve not yet begun to effectively address the pit bull problem in our communities.

Beth Clifton’s letter is addressed to a humane community asleep at the wheel, who blindly support programs designed to ensure pit bulls continue to die in American shelters.  If left to stand, the defeat of Question 1 will result in the continuation of a disproportionate number of pit bull deaths in Springfield shelters for decades to come.

The humane community has to wake up to the fact that the only way out of this dilemma is to design and implement targeted spay/neuter programs for pit bulls as aggressively as we do for feral cats; and for that matter, as aggressively as we pursued legislation against puppy mills – which, when you think about it, only produced dog breeds that are actually in demand – unlike pit bulls which are primarily bred unabated only to die in U.S. shelters.