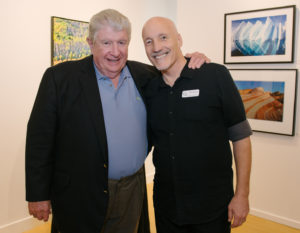 “Having been well acquainted with Ed Boks’ management acumen over the years, I recruited him to manage the complicated and sensitive year-long process of closing the award winning G2 Gallery in Venice, CA…  It was important to me that this respected institution was closed with the dignity and veneration it had earned over the years.  Mr. Boks graciously accepted this assignment as a personal favor to me; and I could not be happier with the results. (entire letter here)” – Dan Gottlieb, Owner/Founder/Philanthropist 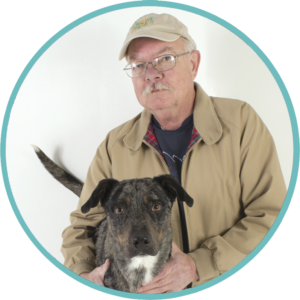 “Ed Boks’ vision brought YHS to a place of leadership in the animal welfare industry, and inspired our organization to create an extremely safe community for animals in need. We remain grateful for the numerous contributions Ed has made toward YHS’s lifesaving work and will continue to build on the solid foundation created during his six-year tenure.  We remain committed to his No Kill Ethic, which is at the heart of all we do at our organization.” – Jerry Kipp, President of the Board of Directors, Yavapai Humane Society 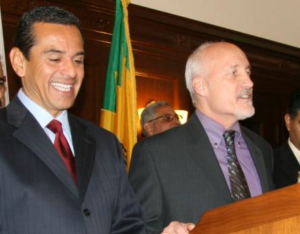 “Under Ed Boks’ leadership this City revamped the way we treat and care for our pets and animals. The “no kill‟ policy became a central component of our animal services strategy. Pet adoptions are up, shelters expanded at a rapid rate, and “spay and neuter‟ has become more than just a call to action; it is the law in Los Angeles. We look forward to building on his legacy and continuing to make [Los Angeles] the gold standard for pet protection.” – Los Angeles Mayor Antonio Villaraigosa 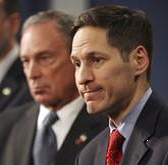 “At the time Ed Boks was brought on as executive director [in New York City], Animal Care and Control was in need of major improvement. Faced with significant challenges, Mr. Boks brought a new vision and energy to the organization, especially in the pursuit of making New York a no-kill city. Under 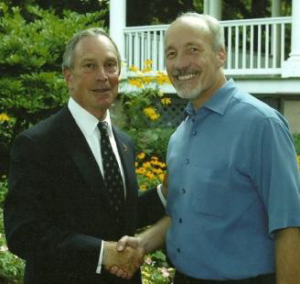 his leadership, Animal Care and Control made progress in improving conditions in animal shelters, increasing adoption rates, improving public perception of the organization, and growing the volunteer program. Mr. Boks was a key player in setting Animal Care and Control in a new direction and served effectively as a turnaround CEO. Mr. Boks is energetic, intelligent, knowledgeable and deeply committed to the field of animal welfare.”  – Dr. Thomas Frieden, M.D., M.P.H.
New York City Public Health Commissioner
Recently appointed by President Obama to serve as the Director of the Center for Disease Control 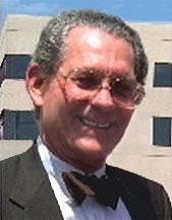 “Ed Boks was a most creative member of the Public Health team, always finding innovative ways to improve services for the animals, developing methods to expand adoptions and lower the euthanasia. Under his direction we lowered the euthanasia frequency from over 50,000 animals a year to 20,000. Our rate per capita fell to one of the lowest in the nation. Ed was also very good at finding financial support from outside of government funding to help support the organization. I would strongly recommend Mr. Ed Boks for any public administrative position, especially one that relates to pets, animal control, and the management of a public agency in which relations with the community is critical.” – Jonathan Weisbuch, MD, MPH, FACPM: Former Director of Los Angeles Public Health Department and Maricopa County Public Health Department, and Maricopa County Chief Health Officer 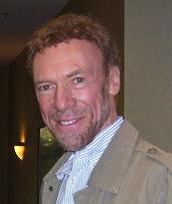 “Best Friends worked closely with Ed Boks when he was director of Animal Care and Control in Maricopa County (Phoenix, AZ). At a time when city and county animal control
departments were way behind the curve, compared to private humane organizations, Ed was one of the nation’s first animal control directors to embrace the “no-kill” movement. Rather than being a reluctant follower, he led the charge, pioneered spay/neuter and adoption programs, and achieved remarkable results in Maricopa County, New York City and then Los Angeles.” – Michael Mountain: Past President & Founder of Best Friends Animal Society

“Ed Boks’ leadership paved the way for higher standards for companion animals in New York City. He took on the impossible position as head of NYC’s Animal Care & Control, yet was able to create progress for the animals and bring significant attention to their sad plight.” – Jennifer Panton, President
United Action for Animals in New York City 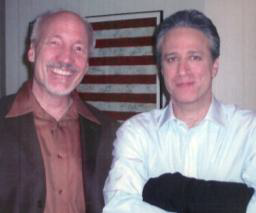 “I am so sorry you are leaving New York, but thankfully you leave having made great improvements to animal welfare in New York City!” – Jon Stewart, former The Daily Show host 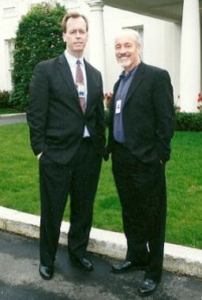 “Thank you for your great compassion for all animals and especially for the strays and ferals.” – Matthew Scully: Senior Speech writer/GW Bush Administration, and Author of Dominion: The Power of Man, the Suffering of Animals and the Call to Mercy (Matthew was instrumental in recruiting Boks to New York City) 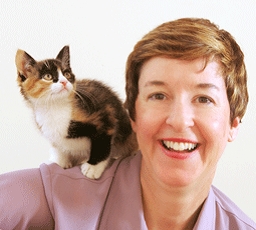 “Ed Boks is recognized nationally for his innovative solutions.  He has the knack for bridging the gap between municipal animal control agencies and private non-profit animal welfare agencies.  Ed Boks is a living example of what can happen when one person acknowledges that the killing of so many animals must stop.” – Becky Robinson, Founder of Alley Cat Allies 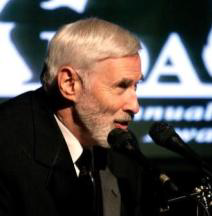 “Ed Boks is named In Defense of Animals 2004 recipient of the Lifetime Achievement Award for his kindness, compassion and dedication to all of our fellow creatures; for his extraordinary
leadership that has saved thousands of lives; and for establishing Maricopa County Animal Care & Control as a model program throughout the country.” – Elliot Katz D.V.M, President of In Defense of Animals 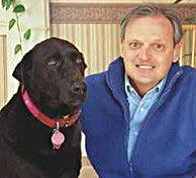 “Managing an animal care and control agency in the United States is one of the most difficult jobs in government. Their job is to protect the public but usually these agencies are given far less resources than those that provide other protective services, such as police and fire departments. In addition to protecting people from animals, at the same time they have to protect animals from people, duties that can conflict with each other. And they have to do all of this in a politically charged environment in which some press to cut their budgets while others work to expand their responsibilities. For the past 15 years, Ed Boks has managed three of the largest community
animal management agencies in the country. Through effective administration, information-based policy development, and innovative programs like Safety Net and The Big Fix, Ed has shown that well-managed animal care and control agencies can successfully protect both the people who live in their community and the animals they care for.” – Peter Marsh, Esq.: Founder – Solutions to Overpopulation of Pets 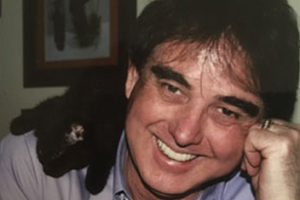 “Ed is an accomplished animal welfare and public policy executive, with a wealth of experience and successful accomplishments to his credit. He is solution minded, a man of great character, and never forgets the importance of learning from life’s challenges. I recommend him to any employer without reservation.” – Mark Dodge, President and co-founder of FixNation, Inc.

“Ed Boks is an exceptional visionary leader. In addition to his understanding of the big picture, Ed is willing to do whatever it takes to get the job done – not asking his employees to do anything he isn’t willing to do himself.  Ed has high integrity and is respectful of others. He is an outstanding communicator.” – Diane M Shook MBA SPHR Administrator , Maricopa County 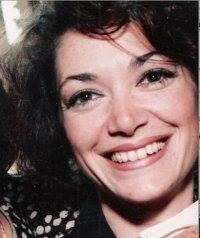 “As an HR professional I had the pleasure of working with Ed Boks on a transformational and visionary project. Ed led a talented team of people to design and develop a cutting-edge approach to animal care and control. He has the ability to engender a sense of confidence and trust, operates with the highest level of honesty and integrity, thinks “outside the box”, motivates others to higher levels of performance and, most importantly, generates results.  Ed would be a valuable addition/leader in any organization.” – Solange Charas, President
Charas Consulting, Inc 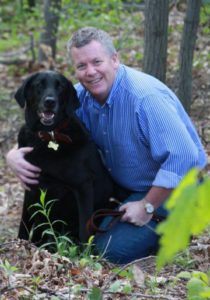 “Ed is a caring, committed, and creative executive that has a depth of passion and expertise for people and animals. Ed has been a part of so many awesome and complex challenges, and has never shied away from the difficult, but has rather embraced it. He has consistently managed to bring people and communities together to manage, protect, and save lost and homeless pets. The results are nothing short of fantastic!” – Loran Hickton, Executive Director, North American Pet Health Insurance Association 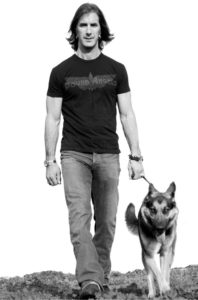 “Ed Boks is a consummate professional in all respects. He embodies a sense of leadership that inspires those that work with him as well as those that work for him. Ed’s attention to detail and strong people skills make him a pleasure to work with; he cares deeply about people and animals. He is a hands-on leader that knows how to get the job done and also knows how to inspire those he works with. Ed is an asset to the animal rescue community as well as the government shelter system and has proven it by the numbers during his tenure. I am happy to recommend Ed in any capacity that requires leadership, compassion, professionalism, organization and people skills. Ed is dedicated, trustworthy, ethical and a man of honor.” – Robert Cabral, Executive Director & Founder BOUND ANGELS 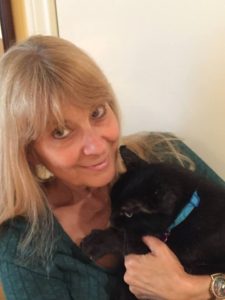 “Ed’s commitment to animal welfare and his ability to work with a diverse variety of people who are often very passionate in their beliefs and opinions is impressive. Ed is clear thinking, creative, and realistic in his analysis of problems. He is accessible to the public and to organizations. He is a hands-on person one can turn to with confidence. Combining all these attributes has enabled Ed to achieve things that had never been accomplished before in Los Angeles. It was always a pleasure to work with Ed. He is very knowledgeable,
professional, hard working, and a wonderful listener. Ed paid attention to detail.  If he said that he would take care of a matter, I knew that he would follow through.  His thinking is solution-oriented and he was never daunted by challenges. Ed was quick to understand problems and even quicker to envision solutions. Ed Boks will be a great asset to any business or enterprise whether governmental or private.”
Deborah Weinrauch, Attorney, Director Friends of Culver City Animals 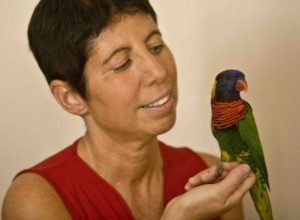 “Ed Boks has a deep love of animals and determination to help them. He is an inspired leader, an innovative administrator, and a passionate advocate for animals. They could not have a better representative. I would highly recommend him to you as a worthy, able, intelligent colleague with vision and foresight and a real sense of the big picture when it comes to animal welfare issues.” – Mira Tweti President
Parrot Press Productions 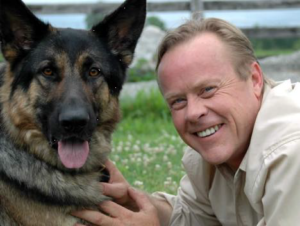 “Ed Boks is a gifted and patient man. Working in the field of animal welfare requires skills that are wide ranging from the board room to developing donors, dealing with politicians, organizations, employees and volunteers to the kennels, catteries, aviaries, stables and streets.  Mr. Boks skills of vision, communication, implementation of needed changes, and accomplishments bring new life to the animal welfare movement. I had the pleasure of working with Ed both in the media and the training of volunteers. He made a difference and continues to make our world a better place. Ed Boks caring, knowledge, experience and skills are a benefit to any organization caring for animals.” – Brian Killcommons, author and CEO, Great Pets Media Productions 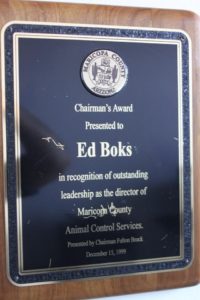 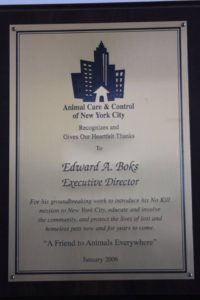 Ed Boks received his 2nd Lifetime Achievement Award from the Friends of Animal Care and Control in New York City for “for a career of extraordinary life saving work” in 2006. 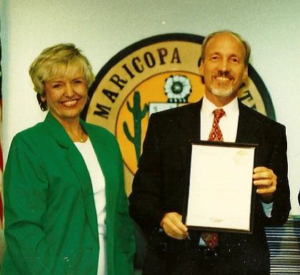 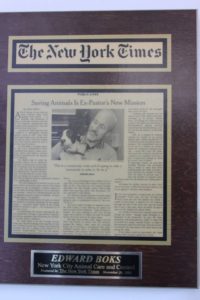 Ed Boks has been profiled in The New York Times and featured in Newsweek and many other major national and local publications. 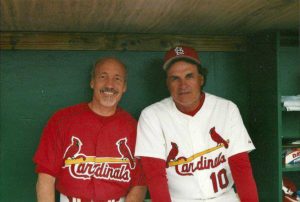 While being recruited to NYC by Mayor Bloomberg, Ed was also being recruited by St. Louis Cardinals’ General Manager Tony La Russa to manage the Animal Rescue (ARF) Foundation in Walnut Creek, CA.  A position Ed declined in favor of the position at Animal Care & Control of NYC. 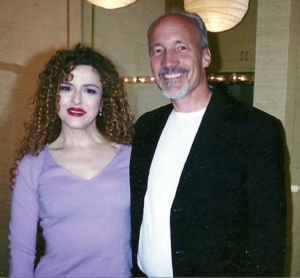