Every year, ANIMALS 24-7 conducts a national dog-breed survey.  The results of the 2018 survey were just released.  As interesting as the data collected by the survey are, I was particularly struck by a rather provocative proposition posed by Merritt Clifton, the editor/reporter of ANIMALS 24-7 and this survey.

Before exploring the thought provoking proposal, let’s set the stage:

The survey found that as of mid-June 2018, nearly 15% of all the dogs available for sale or adoption in the U.S. were pit bulls.  With that kind of market presence, one might conclude pit bulls are pretty popular in the U.S.  However, Mr. Clifton has another explanation.

“Rather”, Merritt explains, “the numbers indicate the magnitude of the pit bull glut afflicting animal shelters and rescues throughout the nation; of the 4.4 million pit bulls alive in the U.S. as of June 2018, 1.8 million––41%––were seeking homes.” (emphasis mine)

These two categories of pit bulls (“for sale” breeder puppies and “for adoption” shelter dogs) are destined to compete for a limited number of available homes.  The adorable puppies have a distinct advantage over the adoptable dogs who have “already lost at least one home” probably due to some still unresolved behavioral or medical problem – that in all likelihood will be used to justify their death. 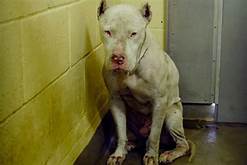 I have managed three of the largest municipal animal control shelters in the United States; and I managed an average sized humane society in a rural community; and I’ve consulted with dozens of shelters in every conceivable type of community.  I understand better than most the impact pit bulls are having on our local shelters.

I have directly and/or indirectly re-homed more pit bulls than any other person or program in the U.S.  I have advocated for the pit bull like few others.

Over the years, I preached that the huge numbers of pit bulls in our shelters is proof of their popularity.   In recent years, however, I have come to recognize that something new and different must be done to reduce the number of pit bulls dying in US shelters.  Several years ago I came out in support of targeted, humane, non-lethal strategies to reduce those numbers.

How do we explain the surplus? 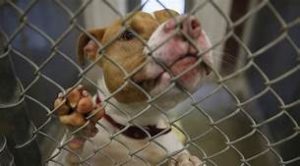 I have come to realize that popularity alone cannot explain the enormous number of pit bulls impounded by and killed in American shelters every year.  How then do we explain the surplus?

Everyone loves a good conspiracy theory; and Merritt came up with a humdinger…  Maybe tongue in cheek, (maybe not) Merritt mused:

“A conspiracy theorist might suggest that pit bull advocates purposefully produce a glut of pit bulls, many of whom will never find ‘forever homes,’ to ensure that the humane community will keep pouring resources into boosting the image of pit bulls, in order to avoid having to euthanize the perpetual surplus.”

Let that sink in; because whether you believe this theory or not, this is what’s happening – and it’s madness.

Conspiracy or not, purposeful or not, either way you will still find Best Friends, HSUS, the ASPCA, and many other foundations and thousands of shelters across the nation investing significant resources into promoting adoption for a never ending supply of pit bulls. 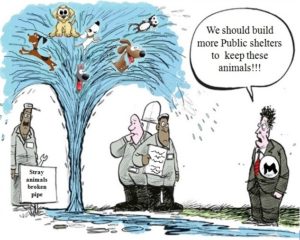 Nothing wrong with that, right?  However, just try to promote targeted spay/neuter programs to limit that supply, and you will find, as I have, pit bull advocates coming, pitchfork and torch in hand, to run you out of town – and foundations refusing or cutting off grants.

How do we explain this refusal to solve this costly problem when doing so is so easy and cost effective?

Despite the allure of assigning some rationale to this irrational behavior, a “purposeful” conspiracy is probably unlikely.  As Merritt points out, such a conspiracy “would require significant numbers of pit bull advocates” to be “both cleverly diabolical and more far-sighted than their counterparts” in the humane community AND would require “pit bull breeders” to “deliberately produce” an “overpopulation resulting in thousands of animal shelters and rescues giving pit bulls away for free, undercutting [the breeders] paying market.”  Which would, as Merritt suggests, make this an unlikely “conspiracy of dunces”.

I prefer to apply Occam’s Razor to difficult to understand situations- the reason requiring the fewest assumptions will most likely reveal the cause.

A simpler solution, it seems to me, is that while pit bulls may be popular with many, they are not popular to the degree counted on by pit bull breeders.  There simply is not enough demand to keep up with the supply.  Consequently, after decades of misguided and incorrigible breeding we tragically find in 2018 that 41% of the U.S. pit bull population are homeless; 21% are less than a year old; and 19% have lost at least one home and are in a shelter or rescue.

It works this way: pit bull breeders wildly overestimate market demand.  The humane community allows themselves to be intimidated/co-opted by pit bull advocates.  Over years, the problem has gotten out of hand.

Whenever anyone in the humane community advocates for strategic, targeted spay/neuter programs designed to reduce the number of pit bulls born (only to die in shelters) they are targeted by a vitriolic pit bull advocacy.  This keeps most humane leaders in line.

This is especially important when you consider the results of this dereliction of duty:

In 2018, the pit bull sterilization rate in the U.S. remained at about  20% – down from 23% in 2003, which was the highest its ever been.  Compound this low rate with the fact that pit bulls tend to produce larger-than-average litters.  The sterilization rate for all other dog breeds in the U.S. has exceeded 70% since circa 1990 – and the most popular small breeds exceeds 80%.

“If this was a wildlife issue,  we’d say the pit bull population is consistently outbreeding the carrying capacity of the habitat,” says Merritt.

I would submit that any adherent to Compassionate Conservation, when given these facts, would immediately conclude the only compassionate solution to the problem is targeted spay/neuter programs.

To riff on Merritt’s conspiracy theory: the humane community is asleep at the wheel as long as they continue to support only those programs that continue to ensure a disproportionate number of pit bulls will die in American shelters every year.

The humane community has to wake up to the reality that we must design and implement targeted spay/neuter programs for pit bulls as aggressively as we “pursued legislation against puppy mills” – which ironically produced dog breeds that are actually in demand – unlike the hundreds of thousands of pit bulls bred unabated to die in U.S. shelters every year.

The pit bull data I commented on in the above blog is a small part of the information available in the ninth annual ANIMALS 24-7 survey of the U.S. dog population.  You can find all the data here: 2018 dog breed survey: at least 41% of U.S. pit bull population are seeking homes.

Merritt Clifton has produced pertinent animal welfare/population data for over 36 years.  All claims that the data is unreliable have come exclusively from the pit bull advocacy sector — never from the public health or medical sectors, which are far more data-driven and concerned with accuracy than any animal advocacy.  Consequently, the public health and medical sectors are an increasingly significant portion of the ANIMALS 24-7 audience.

P.S. to shelter managers: When it comes to relying on pertinent data for strategic programs, I am not aware of a better source for obtaining comprehensive information with supporting statistics on a wide variety of topics than Merritt Clifton, editor/reporter with ANIMALS 24-7.  I have developed many successful data driven programs over the course of my career, and I am grateful for the dependable data Merritt has always been willing to share.

ANIMALS 24-7 makes their data available to all, and is willing to explain how its derived, and if anyone wishes to do comparable work they will replicate the studies for you.