Imagine a person chasing a terrified puppy across an open field.  The puppy is suddenly and brutally clothes-lined by a rope thrown around her neck from behind.  Her legs fly out from under her and she falls on her back with a thud.  Her attacker grabs her, lifts her up off the ground and body slams her.  She would cry out, but she can’t breathe.  In shock, the puppy’s legs are quickly tied together so she can’t run from her tormenter; and she is dragged by the neck with the rope.

Now imagine this scene occurs not in an open field, but in an arena filled with hundreds, perhaps thousands, of cheering fans; and the puppy is not a dog, but an animal sometimes referred to as a “doggie” – a baby calf. END_OF_DOCUMENT_TOKEN_TO_BE_REPLACED 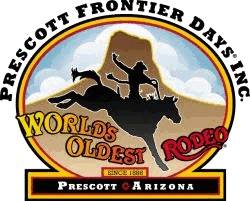 How can such mayhem exist in a state where animal cruelty is a felony?   In Arizona, rodeos are exempt from anti-cruelty laws.  In fact, the State of Arizona sanctions animal cruelty in activities involving hunting, ranching, farming, rodeos, shows and security services (ARS § 13-2910.05. Exempt activities). END_OF_DOCUMENT_TOKEN_TO_BE_REPLACED

While I’ll agree that all emergency response plans need to be subject to constant review and improvement, the article suggests LA Animal Services’ role in the Sayres Fire is not clearly understood. LA Animal Services was there. LA Animal Services rescued over 400 horses. However, no mention was made of the fact that LA County Animal Care & Control was a no show until the rescue effort was nearly complete.

The only confusion during this entire episode resulted from whether LA Animal Services should go into the County to rescue horses outside of our jurisdiction or wait until County Animal Care & Control arrived. When it was clear horses would be lost if we didn’t act quickly, we of course went in – and as a result no horses were lost.

I made the recommendation to include a representative from Animal Services in the Emergency Operations Center to Councilman Dennis Zine nearly two years ago but to date he has taken no action and seems unaware of LA Animal Services critical role in these matters.

LA Animal Services performed exceptionally well and effectively saved hundreds of horses. They should be recognized for this heroic achievement – not criticized for the shortcomings of another department that couldn’t even get there on time.

The next article was an op-ed piece that appeared a few days earlier. I understand editors apply less scrutiny to want-a-be reporters, but LA Animal Services is such an open book that at any time the Daily News could simply have made a phone call to verify the facts before propagating the malicious myths manufactured by a chronic critic.

I refer to the piece entitled, “Finally, the end of an Ed Boks era.”  The author suggests LA Animal Services is somehow broken and “spiraling out of control” and the only remedy is to follow his inexperienced advice. So, is LA Animal Services broken? Let’s look at the facts.

Keep in mind this partial list of accomplishments was achieved while the Department experienced its most historic growth and most severe budget cuts and staffing shortages simultaneously; a significant challenge for any manager.

Not only is LA Animal Services not broken, it is better positioned than ever to help establish LA as the most humane city in the nation.