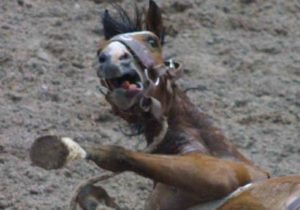 For six years I served as executive director of the Yavapai Humane Society (YHS) – located in Prescott, Arizona – home to the world’s oldest rodeo.

During those six years western and central Yavapai County became the safest region in the United States for dogs and cats, having ended the use of killing/euthanasia to control pet overpopulation.  So successful was YHS in protecting dogs and cats that during my last two years at YHS, the society expanded its mission to include promoting and protecting the health, welfare and safety of horses. 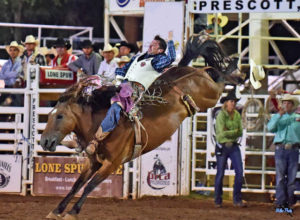 As proof of our concern for horses, YHS posted an “official” position statement on its website regarding the rodeo.

The statement read: “YHS is opposed to all rodeo events that involve cruel, painful, stressful and potentially harmful treatment of animals, not only in performance but also in handling, transport and prodding to perform. YHS recognizes the cruel treatment inflicted on many additional animals in the process of practicing to compete in rodeo events. Further, YHS is opposed to children’s rodeo events such as goat tying, calf riding and sheep riding (“mutton busting”), which do not promote humane care and respect for animals.”

The statement has since been removed.  I was told that to publicly comment on the cruelty of rodeos is “bad for business”. 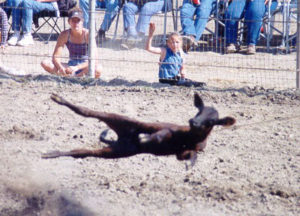 However, the truth of the matter is, rodeo is bad for animals; and is nothing less than legalized animal abuse.  Why else is an exemption needed?

For instance, if any of these following actions were taken against a cat or dog, the perpetrator would likely be arrested on felony charges:

Calf Roping: a mounted rider yanks a calf into the air by her neck, slams her into the ground, and ties her legs together. During this performance, calves may cry out (if they can breathe), defecate from fear and stress, and suffer neck injuries and death.

Steer Busting: a rider ropes a steer with such force the steer flips in the air. The injury and death rates are so high that the Nevada State Veterinarian has condemned the practice.

Steer Wrestling: in this event the steer endures a high level of stress and can suffer ripped tendons, sprains and bruising, and even a broken neck. 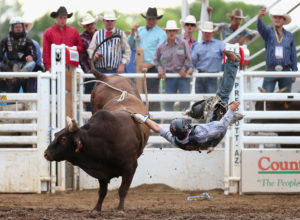 Bull Riding and Saddle Bronc Riding:  bucking straps, electric prods, and spurs are used to hurt the animal and aggravate him into reacting more roughly than he would naturally.

To provoke animals into appearing more aggressive than they actually are rodeos use a variety of tools to cruelly provoke them.  Tools, like an electric prod called a “hotshot”, that is used on an animal while trapped and helpless in the chute. The intense pain scares the animal into displaying abnormally dramatic reactions.

Other tools include metal spurs and “bucking straps” that are intentionally applied so tightly they burn the animal’s abdomen and groin area and cause him to “buck” wildly.  These tools are known to cause back and leg injuries in the animal. 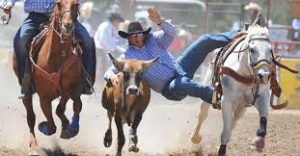 While it’s all theater for the cowboys and the audience; it’s all torment for the animals.  The animals are physically and deliberately provoked to make cowboys appear more impressive than they really are – while the suffering the animals endure is carefully hidden from ticket buyers for fear they will stop subsidizing this state sanctioned animal abuse.