At the time of his article, the belief that Pit Bulls are deadly, menacing animals was so accepted that it had resulted in over 700 pit bull bans in municipalities across the United States.

Generalizations simplify our world by asserting correlations—overweight middle-aged men are at risk of a heart-attack and young men are prone to bad driving.  But for generalizations to be useful, the subjects must first be defined.

“Pit bull” is an arbitrary categorization. It is not a breed. “Pit Bulls” include the American Pit Bull Terrier, the American Staffordshire terrier, the Staffordshire Bull Terrier, and any crosses of these breeds with any other breeds. The definition is further complicated by including any dog with a square and muscular body, a short snout, and a sleek, short-haired coat.

Consequently, Pit Bull bans often overreach by not only prohibiting the three breeds identified above, and any crosses of these three breeds, but also including any “dog that has an appearance and physical characteristics substantially similar” to these breeds. This subjective, “eye-of-the-beholder” policy ends up banning a much broader range of dogs than intended. 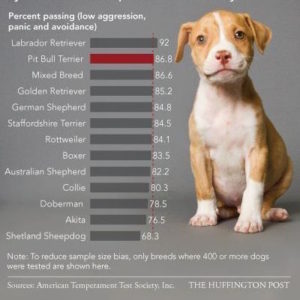 The American Temperament Test Society has tested tens of thousands of dogs to assess their ability to interact with humans, human situations, and the environment.  Eighty-seven per cent of Pit Bulls pass the test and are found to be more temperamentally sound than Beagles, Cocker Spaniels, Collies, Golden Retrievers, and all but one variety of Dachshunds.

Why then have Pit Bulls received such a bad rap?  Between 1977 and 2000, more than twenty-five breeds were involved in fatal attacks in the United States. Pit Bulls led the pack, but the variability from year to year is considerable.  For instance, in 1981, fatalities were caused by six Pit Bulls, three mixed breeds, two St. Bernards, three German shepherds,two Huskys, one Doberman, one Chow Chow, one Great Dane, and one wolf-dog hybrid,—but no Rottweilers. 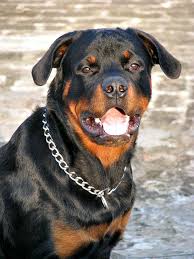 The kinds of dogs that kill people change over time because the popularity of certain breeds changes over time. It’s true that communities have had more problems with Pit Bulls in recent years. But this could simply be the result of Pit Bulls having relatively higher numbers among dogs, as evidenced by their overrepresentation in shelters and their lower spay and neuter rates–traits that likely correlate with neglect.

A 1991 study by researchers at the Humane Society of the United States, American Veterinary Medical Association, and Centers for Disease control found, in contrast to news media hysteria, data often cannot be “used to infer any breed-specific risk for dog bite fatalities” because “it would be necessary to know the numbers of each breed currently residing in the United States.”

However, there are still stable  generalizations municipalities should recognize when enacting laws to keep residents safe from dangerous canines.

As Randall Lockwood, dog bite expert and vice-president of American Society for the Prevention of Cruelty to Animals (ASPCA), says, the most dangerous dog breed “is a reflection of the dog of choice among people who want to own an aggressive dog.”

Human fatalities are “usually a perfect storm of bad human-canine interactions—the wrong dog, the wrong background, the wrong history in the hands of the wrong person in the wrong situation,” says Lockwood.

Generalizing about pit bulls distracts us from addressing the underlying causes behind dog attacks–animal abuse and neglect. It is time municipalities enact smart ordinances that focus on the deed, not the breed.

Ed Boks is the former executive director of the New York City, Los Angeles, and Maricopa County (AZ) Animal Care & Control Departments.  Boks currently works as an independent consultant, providing proven no-kill solutions to shelters and communities.  He can be contacted at www.edboks.com