A recent article in Animals 24/7 titled, Aussie prof challenges “invasion biologists” on their own turf by Merritt Clifton opened a new paradigm for how I view the world.  The article explains a new (at least to me) approach to effective biodiversity protection called “compassionate conservation”.

To help explain this unconventional approach to conservation, Wallach has been publishing  peer reviewed research papers at a rate of about one every six weeks in recent years.

Mark Bekoff, professor emeritus of ecology and evolutionary ecology at the University of Colorado in Boulder, is thought to have originated the term “compassionate conservation” – which is meant to offer conservation advocates a practical and attainable alternative to the ineffective and traditional hunting, game-keeping and predator conservation strategies currently practiced around the globe.

In the Animals 24-7 article, Clifton opines traditional conservation is rooted in the religious notion that there once as a perfect Garden of Eden that mankind has been destroying since the Fall.  Traditional conservation, he says, “seeks to protect biodiversity by deciding what species ‘belong’ in any given place as positioned by God or ‘nature’ exclusive of human activity.”

Meaning any species introduced into a new environment by man is considered “invasive”.   Invasive species are seen as a threat to “ordained natives”; which means they must be exterminated in an effort to “get ourselves back to the garden” (as Crosby, Still, Nash and Young might put it).  Extermination is promoted  in the traditional model “even if the habitat has changed so much that the ‘invasive’ species are better suited than the ‘natives’ to surviving there.”

Wallach argues there is a better and more compassionate way.

In August 2017, Wallach, and Erick Lundgren of Arizona State University, published a study in the journal Ecography.  The study found invasive introductions  “significantly increased megafauna richness, numerically replacing many of the Pleistocene megafauna that were lost around 50,000 years ago.”

They go on to report, “Of the world’s 76 existing megafauna species, 22 have introduced populations, of which almost 50% are either threatened or extinct in their historic native ranges.”

This suggests that 50% of the world’s megafauna have a better chance of not going extinct BECAUSE they have been introduced in non-native environments.  (Lundgren and Wallach define “megafauna” as terrestrial species weighing more than 200 pounds.)

“This study challenges fundamental ideas surrounding ‘invasive species’” and, according to Wallach, “shows that the redistribution of species is ‘rewilding’ the world.

“The global decline of megafauna is driven by habitat loss, changes in land-use use, and overhunting.  Despite this, some megafauna have found refuge in new habitats through introductions.  These populations are likely critical buffers against extinction.”

Examples of “invasive species” that have benefited “non-native” environments around the world include feral water buffalo, sambar, wild horses, “and the world’s only population of wild dromedary camel, extinct in their native range” for 3,000 to 5,000 years.

In another article, published in the April 27, 2018 edition of Conservation Biology, Wallach, Lundgren and additional co-authors reported, “A significant proportion of Earth’s wildlife has been erased, not from the world, but from our collective depiction of nature.”

“Even the most noticeable animals, terrestrial herbivorous megafauna, have been made nominally invisible.  Wildlife outside native ranges are conspicuously missing from conservation data sets, distribution maps, population estimates, and conservation statuses.”

Nonetheless, the report goes on, “Introduced megafauna are a wonder of the Anthropocene” (the era humans dominant Earth), “hidden in plain sight.

“Many regions have an immortalized moment ‘when the first white man stepped off the boat,’ heralding the beginning of Western civilization and the end of nature,” Wallach’s team opined.  “Organisms caught in humanity’s globalization currents were branded products of man, not of nature.  Conservation databases depict Australia as empty of megafauna, despite being home to eight species, because they became established after James Cook landed at Botany Bay in 1770. 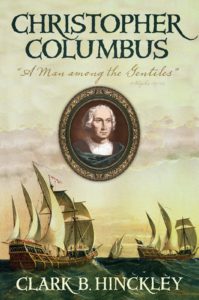 “A similar number of species are excluded from formal accounts of North American megafauna because they arrived after Christopher Columbus.

“Valuing only ideals of untouched wilderness excludes much. if not all the biosphere, perpetuates colonial ideologies, and fails to acknowledge thousands of years of human ecology exploitation,” Wallach et al stressed.

The truth is: “All continents have more megafauna species today than in the Holocene.”

While humans may be responsible for the extinction of Pleistocene megafauna, such as the wooly mammoth, giant ground sloth, and saber-toothed cat after, as well as the” current decline of 60% of extant species within native ranges,” Wallach reminds us that “humans have also increased megafauna richness to levels approaching the Pleistocene, through redistribution and rewilding.”

Another example of an “invasive” species, is “the small population of Colombian hippopotamus, descendants of ‘cocaine hippos’ who escaped the abandoned hacienda of Pablo Escobar,” and whose population continues to grow despite human attempts to eradicate them.  Would we be better off without them?

And think about this: several species have proven resistent to population control and now exist mostly or solely in non-native environments.  For instance, the International Union for Conservation of Nature “lists wild (never domesticated) horses as surviving only in Mongolia, even though hundreds of thousands are also found across North America, Australia, South America, and Europe.”

“Both feral and domestic populations, around the world, are rapidly being lost to slaughter to supply a fad demand among devotees of Chinese traditional medicine for ejiao, a gelatin made from donkey hides.

“Meanwhile, their pre-domestic ancestor, the African wild ass, has a population of 50–200 mature individuals.  Protecting this native population is paramount, but to ignore or even beget the extinction of their post-domestic relatives may extinguish any wild future for this animal.”

“Protecting megafauna in their introduced range can supplement rather than supplant existing conservation efforts,” Wallach contends.  “It is possible to protect brumbies and mustangs without abandoning takhis” (Przewalski’s wild horse).

Wallach further argues, that “Accepting introduced megafauna as part of nature would enable more accurate threat assessments and informed policy, an argument which should appeal to governments trying to contain the cost of preserving endangered and threatened species.

“If species were assessed across their full range, six megafauna” now considered endangered or threatened in their “native” habitat “would be globally delisted,” or at least down-listed, which would reduce the number of threatened megafauna by about 13%.”

Consider this: Wallach’s team found that among 321 animal and plant species found in Israel, that “after accounting for local extinctions, immigration increased Israel’s plant and vertebrate richness by 104 species.”

Consistent with traditional conservation thinking, Wallach explains that, “Israel’s immigrants [species] are increasingly being viewed from an invasion biology perspective, in 76% of the studies published in the past decade that involve those species.

“In some regions, particularly islands,” Wallach notes, “conservation is focused almost exclusively on controlling and eradicating migrant species.  Australia declared a ‘war on cats’ in 2016 with the aim of killing two million wild cats by 2020.  New Zealand aims to eradicate all migrant predators by 2050.  The European Commission brought into law a regulation on migrant species, which obligates member states to control wildlife considered ‘invasive.’”

However, Wallach counters, “The majority of migrant populations are not known to have caused the types of effects that would justify such responses, and many have effects viewed as beneficial.  In a world considered to be in the midst of a sixth mass extinction, it is notable that local species richness (biodiversity) has remained remarkably constant for the past century across the globe, in part due to migrant species replacing local extinctions.  Heightened levels of biotic migration in the Anthropocene could be acting as an important adaptation mechanism to rapid change, and a countercurrent to extinction.

“Even where populations of migrant species have unwanted impacts, control and eradication are often impractical.  Most migrant populations cannot be eradicated, and therefore lethal control programs typically have no end point.

“Killing wildlife does not necessarily result in population declines and may even drive increased densities, as animals and plants breed back up to the carrying capacity of the habitat.”

Providing a pertinent example, Wallach points to the “lethal control of wild cats in Tasmania, Australia”, which “resulted in increased densities [of cats], probably due to surviving cats colonizing vacant territories,” as documented in a 13-month study by Tasmanian Department of Primary Industries biologist Billie Lazenby and two colleagues.

Wallach goes on to explain the unintended consequences of extermination efforts: “Suppression or eradication of migrant populations has also triggered ecological cascades that create further harms.  The eradication of cats from offshore islands of Australia and New Zealand led to population increases of rabbits and rats, harming native vegetation and birds.”

“Even where threatened native species have increased their population size following lethal control of migrant species, recovery has not been lasting,” and, in fact, “native species can be harmed by efforts to control migrant species upon which they have developed ecological dependencies.”

For example, “an intensive control program of hybrid Spartina in San Francisco, USA, did not benefit the targeted native vegetation, and caused a significant decline in an endangered bird (California clapper rail) that uses the tall, dense grass for cover and nesting.”

Wallach points to the Alexandrine parakeet and nutria as examples of feral species now established in Israel whose “new populations provide opportunities for ongoing evolution and speciation.”

“Israel’s immigrant nutria population has persisted for over five decades, and has even developed a uniquely long tail.  The contribution of immigration to biodiversity in Israel is consistent with patterns worldwide,” Wallach explains.

Deferring to University of Georgia Institute for Ecology assistant professor Dove Sax’ research, Wallach states that “Across the world’s island ecosystems, migration has doubled plant richness, tripled freshwater fish richness, and stabilized bird richness.  Migrants have increased vascular plant richness from about 2,100 to 4,100 species in New Zealand, and from about 1,200 to 2,300 species in Hawaii.”  All this despite the conventional wisdom that says invasive species threaten the survival of “native” species.

In an effort to better elucidate the value of compassionate conservatism, Wallach explains how “the introduction of cane toads to Australia, has triggered rapid behavioral and morphological adaptation [of native species] to their toxins, enabling native predators to recover from initial declines.  Rapid evolution has also occurred in Hawaii’s native birds in response to the introduction of avian malaria and its mosquito vectors, enabling some species to recolonize low-elevation disease-prone regions.

“Our study has shown that migration can contribute significantly to regional species richness, and to the survival of some species, to the extent that even a highly urbanized and populated country like Israel is increasing in plant and vertebrate richness.

“Redirection of conservation attention from direct human impacts to immigrant species is at best a distraction.  It is easier, after all, to cut down ‘invasive’ trees, than to protect Israel’s remaining open spaces from human expansion and consumption.”

Wallach, Bekoff, and others agree on these four tenets as foundational to “compassionate conservation”:  First, do no harm; individuals matter; value all wildlife; and peaceful coexistence.

Clifton concludes his article, stating, “From a hard nosed, practical, traditional perspective, the question should be whether any given strategy actually achieves the intended result.

“If the intended result is restoring the Garden of Eden, even in small and intensively protected sanctuaries, that just is not going to happen.  Apart from the realities of global warming and climate change, the continents of today––and even their locations on Planet Earth––are no longer what they were when many of the species evolved that are now the subjects of intensive conservation efforts.

“Simply put, those species’ ‘native habitat’ does not exist, has not existed in many hundreds of millennia, and cannot be recovered with any amount of effort.

“But if the intended result is preserving and increasing net biodiversity, ‘compassionate conservation’ demonstrably accomplishes this much more efficiently than attempts to kill our way to nirvana.

“As Wallach [would put it], “Conservation is ultimately less about how we think the world should be, and more about the manner in which we should engage with the world.”

2 Replies to “Compassionate Conservation; its a thing by Ed Boks”