As the budget stalemate in Washington led to a temporary government shutdown animal advocates are wondering how this unusual event will impact those who have no voice – our nation’s animals.

Here is a brief outline describing how the following animal welfare-related duties are being affected during this shutdown:

Puppy Mills: The United States Department of Agriculture (USDA) is not 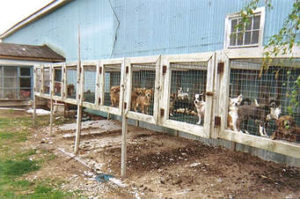 performing all of its duties under the Animal Welfare Act. Specifically, it is not inspecting puppy mills or pet dealers. During this break in oversight, untold harm could be done to commercially bred animals simply because no one is empowered to monitor their safety. The puppy mill industry is notorious for egregious animal abuse and neglect; the mind reels at what these animals will suffer without any oversight.

Horse Soring: Soring involves the intentional infliction of pain to a horse’s legs or hooves to force the horse to perform an artificial, exaggerated gait. Caustic chemicals and blistering agents like mustard oil, diesel fuel and kerosene are applied to the horse’s limbs, causing extreme pain. 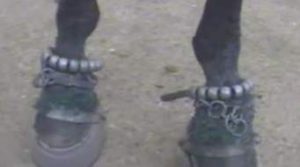 Another form of soring, known as pressure shoeing, involves cutting a horse’s hoof almost to the quick and tightly nailing on a shoe, or standing a horse for hours with the sensitive part of his soles on a block or other raised object. This causes excruciating pressure and pain whenever the horse puts weight on the hoof.

The USDA’s Animal and Plant Health Inspection Service (APHIS) is charged with enforcing the Horse Protection Act to combat the abusive practice of horse soring. APHIS oversees the inspection of at-risk show horses to ensure they have not been sored and assesses penalties for violations. Suspension of the APHIS program will allow unscrupulous trainers to take advantage of this lapse in oversight.

Animal Slaughter: The USDA’s Food Safety and Inspection Service (FSIS) uphold the requirements of the Humane Methods of Slaughter Act related to the treatment of animals prior to and during slaughter. This has been deemed a necessary function, so FSIS inspectors will continue to monitor food safety and humane treatment of animals in slaughterhouses during the shutdown.

Wild Horses: Federal agencies periodically round up and remove large numbers of free-roaming wild equines on public rangelands. This policy often results in tens of thousands of wild horses languishing in holding facilities. Roundups are suspended during the shutdown, but caretakers for the horses already confined will remain on the job.

Zoos/Circuses: Exotic animal exhibitors are regulated by the Animal Welfare Act; unfortunately, the welfare of these animals is suspended for the time being.

Animals in Laboratories: The USDA enforces the AWA to ensure minimum 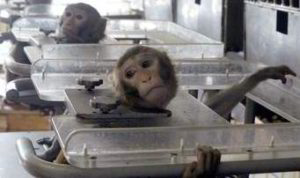 standards of care for animals in laboratories. While employees are on the job maintaining the animals, there is no USDA watchdog ensuring that minimum standards of care are being met. This is another industry whose history is seriously tainted by egregious animal abuse and neglect. The temporary lack of oversight puts these animals again at great risk.

Every community must develop policies and programs that serve as a safety-net during those times when the federal government fails us.