In a recent blog I asked if traditional conservation science is a pathological disorder.  I provided some anecdotal evidence that seems to suggest this discipline is driven by an obsessive belief that the environment can be, indeed must be, restored to an idyllic, Eden-like state at any cost – including, and perhaps even preferring, the killing of anything that gets in its way.

The Yale School of Forestry & Environmental Studies picked up on my question in an article in their YaleEnvironment360  titled, Do Conservation Strategies Need to Be More Compassionate?

The author of the piece is Brandom Keim, a freelance nature journalist and author of The Eye of the Sandpiper: Stories of the Living World.  His work has also appeared in The Atlantic, WIRED, National Geographic, Nautilus and elsewhere.

Keim asked if my concerns, and those raised by many scientists and ethicists, regarding the ethics and efficacy of “traditional conservation strategies, which focuses on saving valued species while discounting the lives of less charismatic animals”, might actually “point the way to new approaches” or are compassionate conservations simply “being naïve?”

It is the “outsized role” that killing as policy has carved out for itself among traditional conservationists that prompted me to ask if we might actually be dealing with an irrational pathology and not a reasonable strategem.

“A rusty nail placed near a faithful compass, will sway it from the truth, and wreck the argosy,” cautioned Scottish poet Walter Scott.

What “rusty nail” sways the compass of traditional conservation putting our very environment on a course toward shipwreck?

Some suggest the poison pill was first introduced by Michael Soule in his 1985 essay,  What is Conservation Biology?   Soule describes himself as the “grandfather” of traditional conservation science which he describes this way: “Conservation is engaged in the protection of the integrity and continuity of natural processes, not the welfare of individuals.”

However, Soule’s malevolent philosophy can probably be traced back to an English farmer,  environmentalism pioneer and  fascist named Jorian Jenks (1899–1963).  Jenks has been described as a dominant figure in the development of traditional conservation science.  His influence primarily arose from being secretary to the Soil Association and editor of that organization’s  Mother Earth Journal.

However, it was during his tenure as the agricultural expert for the British Union of Fascists (1935) that Jenks promised the fascist government he advocated for would take “Effective steps…to cope with the host of rabbits, pigeons, rooks and other vermin who now levy a heavy toll on our fields.  A corps of expert vermin-destroyers equipped with up-to-date apparatus will clear each district systematically.”

Jenks’ lasting influence on traditional conservation, according to Animals 24-7 editor Merritt Clifton, was his “synthesis of traditional predator and  vermin-killing with the intellectual pretense that it was restoring a once pristine Garden of Eden”  – which was considered an enhancement to the already broadly accepted Biblical injunction to subdue and replenish the earth.

No doubt there are many contributors to the development of traditional conservation as an “obsessive belief that the environment must be restored to an idyllic, Eden-like state at any cost – including killing anything that gets in its way.”

Compassion as a Compass

Albert Einstein defined “insanity” as “doing the same thing over and over again, expecting different results. 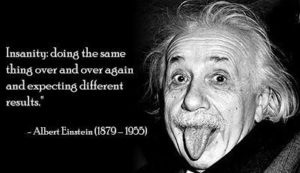 That is precisely what is happening in Australia and New Zealand.  Killing there has mutated into a sport posing as science – actually enlisting children and elderly ladies to help implement lethal conservation practices.  A situation eerily reminiscent of Shirley Jackson’s 1948 short story, The Lottery – a haunting depiction of a, by all accounts,  normal community with a pathological penchant for human stoning.

A disturbing correlation between the callous disregard for the lives of individual animals and violence towards humans may be found in the fact that New Zealand has the highest rate of domestic violence in the developed world. 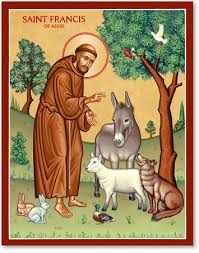 It is time to remove the “rusty nail next to the compass” mis-guiding conservation science.  We need a What is Conservation Biology 2.0 update that is not afraid to boldly say “Conservation is the compassionate protection of the integrity and continuity of natural processes, in such a way as to include the welfare of individuals.”